Starting Out with Drones for Surveying and Mapping

Just a decade or two ago, mapping was the sole territory of government agencies. With their expensive equipment, access to satellites, and official records vaults, federal agencies like the US Geological Survey provided the source material for virtually all public and commercial maps. Now that private space programs, GPS-guided aircraft, and survey drones have all become readily available, maps and surveying are cheaper, faster and more accurate than ever. Drone surveying even lets you reduce risk and improve mid-stream visibility for any project. We’ll explore the many options available and explain the choices you have to perform a drone survey.

How a Drone Survey Works

Traditional land survey techniques involve taking multiple distance and angle measurements using a total station to generate topographical maps, boundary lines or many other types of plots. Drone surveying instead starts with a single photograph, much like you’d take with your ordinary cellphone. Like your cellphone, the GPS chip in the drone allows that picture to be tied to the “ground truth” of the latitude and longitude coordinate system, potentially providing absolute positioning errors of better than a single foot.

To make a larger survey, the drone can keep adding to that first photograph, flying and taking photos automatically along a predefined course. The resulting images can be fit together like a puzzle, yielding an “orthomosaic” can that be combined with the GPS coordinate data to give you a zoomable geo-referenced image that shows incredible detail in this two-dimensional map.

When you add in multiple photographs of the same area taken at different angles, you can accomplish what land surveyors have been doing for years: generate 3D maps, called a digital surface model or digital elevation model, that provide not only flat imagery but the topography and elevation data as well. You can survey entire cities, plot a forest of trees or model a single building, assembling the images in an easy to use web application like DroneDeploy.

Putting it All Together: Mapping a Highway

Using that planning app from DroneDeploy, the Mexican highway administration commissioned a survey of a 1000-km highway. The contractor used low-cost drones in the Phantom 4 Pro series that captured thousands of 20-MP images to assemble the final breathtaking map using DroneDeploy’s cloud computing services. This monumental task wouldn’t have been possible without the unique advantages the drone surveys brought to the table. Check out the fascinating article on DroneDeploy’s blog.

Compared with regular surveying, drone mapping and aerial surveys can be done in a fraction of the time and cost, but with more detail. A senior surveyor in New Zealand found that a job taking 3-4 days previously could be accomplished in just a few hours with his new Phantom 4 Pro series drone. By gathering all the image data from the air, you can avoid ground obstacles and complete the job with fewer crew members and less overall risk. This is especially important in areas where waterways or wetlands prevent traditional support equipment from being safely deployed. Geologically unstable areas, such as volcanoes–which need frequent mapping–are also among the best examples of the most difficult surveying tasks where drones can shine.

Cost savings are especially important when a payout isn’t guaranteed. Real estate developers that need to sort through dozens of prospective building sites, often without assurance of success, are flocking to drones that can survey sites for development because they minimize the upfront cost (while still providing all the detail needed for a thorough review). This Dronelife article details the case of developers who’ve found that their drone imaging maps have been detailed enough to incorporate into the final construction plans, saving money not just during prospecting, but during development as well.

Equipment for Surveying and Mapping with Drones

Despite the tremendous potential for money savings versus traditional surveys, aerial drone surveys needn’t be expensive or complicated. The simplest route is a consumer quadcopter from an established brand like DJI. The Phantom 4 series is a good choice for beginners. If you have a beginning budget but still want a machine that will last several years, we recommend the Phantom 4 Pro V2.0, with a one-inch sensor and new lower-noise propellers and motors. It’s got a controllable range of over three miles and can integrate with a wide variety of free flight planning and analysis apps such as DroneDeploy, Pix4D, and Maps Made Easy. To get a mapping drone that’s an even more rugged solution with higher weather tolerance and interchangeable cameras, the DJI Matrice 300 is a future-proof option. You can upgrade the camera to units with zoom and even a thermal/visual combination camera that records visible spectrum and thermal (heat) data simultaneously for the most flexibility in analysis and problem-solving. The new thermal mapping software from DroneDeploy ensures that you’ll be able to compile and comprehend this unprecedented richness of data as you fully understand your landscape. 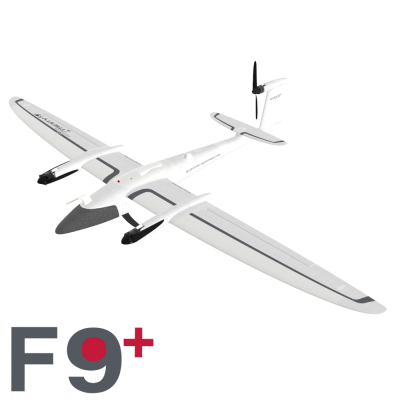 These traditional quadcopter drones we mentioned above provide a good balance of portability and utility, but they’ll struggle to map really large areas. The highway survey in Mexico that we mentioned took hundreds of flights, the logistics of which will be impractical for most companies. When you need a drone that can survey truly large areas, we recommend the Trinity fixed-wing VTOL drone from the German company Quantum Systems. VTOL means that the drone takes off and lands like a traditional drone, but the three motors transition shortly after takeoff to allow forward flight like a fixed-wing airplane. The high efficiency wing design allows for long flight times of more than an hour at high speeds, meaning that you can cover many square miles on a single battery charge. The default payload is a high-resolution 21-MP Sony camera, but you can easily swap out for other sensors such as Multispectral Sensors for Agriculture and the Sony 45mp sensor for high resolution mapping capabilities.  Even Lidar sensors are available on the Trinity F90+ 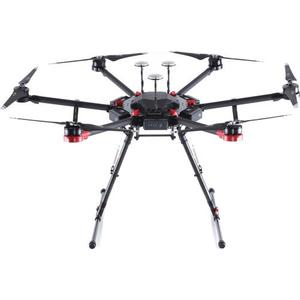 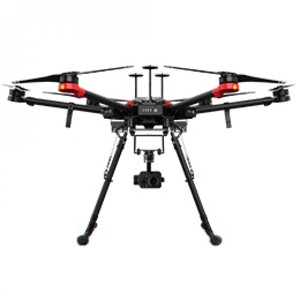 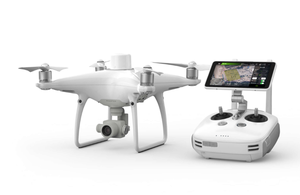 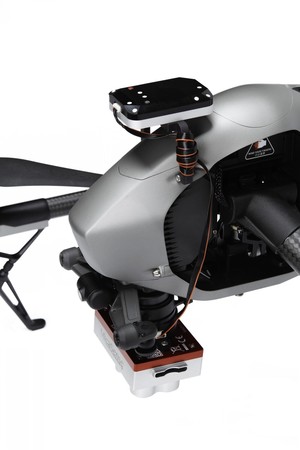 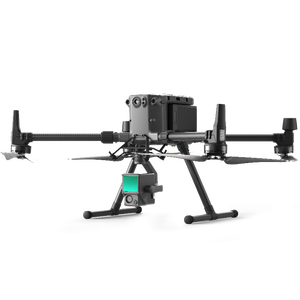 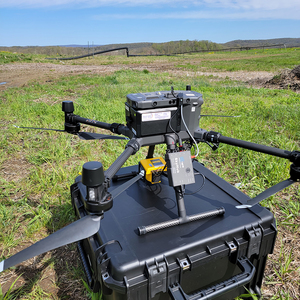 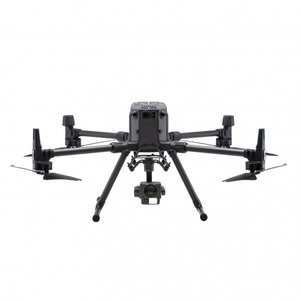 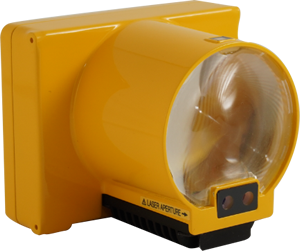 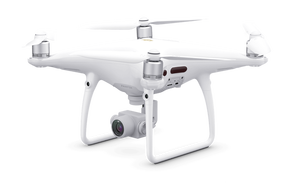 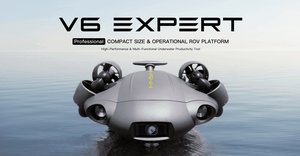 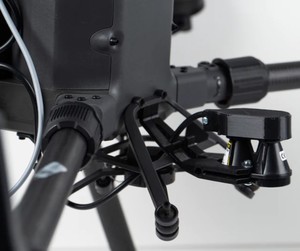 Find the perfect drone for your next Project